How to use character animation after effects like a professional? 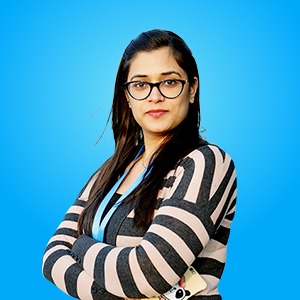 Videos have successfully gained their place as one of the most popular and fruitful digital marketing strategies. And why not? They are connecting as well as engaging, fun, and cool.

Animated characters, specifically, are an incredible asset to build a strong connection with the target audience while they help you meet your marketing objectives and streamline your ROI.

However, one needs to practice a lot to be proficient in character animation. For as easy as it may sound,  it includes plenty of artistic disciplines.

The true essence of animated character videos or animated explainer videos lies in how proficiently one can bring life to lifeless characters. In a simple sense, character animation is all about giving life to inanimate characters using multiple software tools.

Character animation videos are perhaps the most sought-after marketing strategies among the various kinds of videos, especially animated explainer videos. That's because these videos have an extraordinary ability to give you and your brand a perfect touch of feelings and personality, and help you stand out in the crowd.

The characters could be anything from fancy imaginative cartoon characters to non-living aspects like a lamp, wood, and even a single color. Great character animation is the key to creating an amazing animated video.

An animated explainer video works great for explaining a concept, marketing a product, and so on. A recent report found that over 80% of companies are now using videos for marketing purposes.

Hacks to Unveil the Potential of After Effects for Character Animation

This section will unveil the systematic steps that you can for character animation.

1. Get back to the excellent old method of sketching

Surely, you can use software to do some sketching task. However, there is no better way to come up with amazing ideas for character animation other than sketching on a paper. You can get into using software afterwards but start with character drawing on a paper at first. After sketching rough ideas of your characters on a paper, you can then move your work to software.

If you are only starting in Adobe After Effects, I recommend you to use simple characters, instead of fancy characters that demand a lot of skills for you to edit.

2. Use Photoshop for designing your characters

After you complete the sketching part, you need to use Photoshop to make your characters look real. In case you have made use of software for sketching, you can import it in Photoshop. If you did your sketch on a traditional paper, you can import the scanned copy into the Photoshop app.

After allocating a separate layer, you need to label your layers.


Later, you need to use layers in Adobe After Effects, so label it appropriately. After you complete designing your characters, save it in PSD format.

3. Use Dulk for rigging

Install Adobe After Effects character animation plugin, Dulk to make character rigging simple. You can get this plugin for free. If you like it, you can donate to the creator of this software.

Rigging is the process of bringing together the body parts of your characters for making it ready for animation.

Rigging makes character movement realistic. For instance, your character’s thigh and shin should move when it is walking; otherwise, the whole campaign would be unrealistic. The rigging part is carried out by parenting photoshop layers and turning those layers into null objects.

Rigging is a complex activity. Check out this tutorial for carrying out basic rigging.

Keyframing is another complicated thing to do for beginners. It is about telling After Effects about the positions in which you want to adjust the value of a layer, such as rotation, opacity, color, and so on.

When we are setting a keyframe, we are telling After Effects about the beginning and end of the animation. We insert keyframes within a timeline.

There are three steps to setting a keyframe:

Step 1. Use the Stopwatch icon to set up the first keyframe

At first, we select the starting point of a character and then set a keyframe for the role.

Step 2. Position your play head to the next location

In this step, you move your time indicator to the endpoint or other position.

The final step is the second value adjustment. We release the mouse button for creating a new keyframe. After that, we can preview how our characters’ movement.

Here is a tutorial for setting up a single keyframe to help you out.


The tips that I’ve mentioned will only allow you to insert some necessary keyframes in the video. It takes a lot of time to master the keyframing skill. However, you can make it as a starting point of your journey.

The tutorial will cover the basics of how keyframing is carried out in real life. To learn more, you can spend more time, researching about keyframing.

After completing all the previous steps, you will still need to troubleshoot problems. It is true that we need to be careful in the earlier steps, but we cannot come up with a perfect animation in the very first trial.

The significant problems that you may observe would probably be in keyframes. Carefully play and check out the animation. If you find any issues, note it down and make some adjustments to overcome the problem. You may connect with other experts or a professional animated explainer video production company if you encounter problems in the character movement part.

What is the way forward from here?

The tricks that I’ve mentioned in this article will help you get started with character animation right away. On that note, don't get disappointed if you fail in first few attempts. It takes a bit of time to master the art of using the character animation tools. Remember, "Rome was not built in a day". So, take baby steps for now.

You can spend time learning the usage of different character animation software to enhance the quality of your animation.  Another option to improve the animation quality is outsourcing this task to a third-party aka animated explainer video production agencies.

For now, you should follow the tips that I’ve mentioned and start using After Effects tools for bringing your characters to life. Hopefully, the article has provided a clear direction on how to start.

If there is anything that you want to add to this article, let us know your thoughts below. Till then, Happy Animating!!!

Top 5 character animation maker you need to know about

How to make character animation videos like a professional?