How to use Trapcode Particular in After Effects: A quick guide

To create motion graphics or, in other words, bring graphics to life, you must use many tools and techniques. Moreover, there are many benefits of motion graphics and how to use them depends on varying needs of the video. As a motion graphic designer, Adobe After Effects is one of the handiest video effects tools in the plethora of tools available.

What is Trapcode Particular?

Trapcode Particular is one of the plugins for after effects that lets you add particles to your composition to bring your motion graphics to work their magic. It has tons of physics control, custom particles, and a new user interface, which makes it one of the most recommended plugins for motion design artists.

It is a particle generation tool developed by Red Giant that allows us to create 3D particle effects and simulate real-world physics. It is a paid after effects plugin and is part of the larger Trapcode Suite from Red giant. You can also check out the free trial version that Red giant offers, but it comes with a watermark.

It has many presets that you can use in your work and can modify according to your needs by changing the options given in the plugin.

Now let's take a look at how you can get started with Trapcode Particular.

How to install Trapcode Particular?

Before beginning, you might want to close all intensive programs and be logged in as an administrator.

What you need to do first is to install the Red Giant application manager. Then you should run the Trapcode installer.

Let's look at the step-by-step guide to make it easy for you to install and use Trapcode Particular.

Step 1: The Red Giant Trapcode Particular Plugin can be downloaded from the link below.

Step 2: Use WinRar Software to extract the zip file after downloading the plugin.

You can also use Windows Explorer to extract the downloaded file.

Step 3:  Open the extracted folder after it has been extracted.

Step 4:  Here, you'll find another zip file named 'Particular,' which you should unzip.

Step 5:  Go ahead and open the extracted folder.

Step 6:  Now, start the installer, and it will prompt you to choose the plugins you want to install.

After installation, confirm the administrative credentials. Enter the license information to complete the installation process.

Now that the installation process is complete let's take a look at how you can use trapcode particular in after effects.

Using Trapcode Particular in after effects

To use trapcode particular in after effects after the installation, you need to perform the following steps:

Step 1: Create a new solid layer by selecting Layer in menus > New > Solid, or you can use the shortcut key Ctrl+Y. 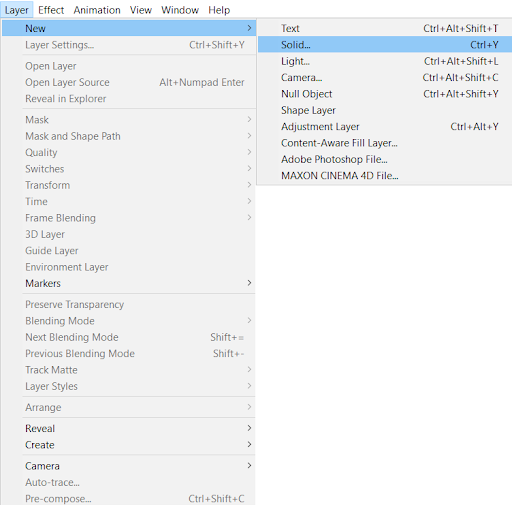 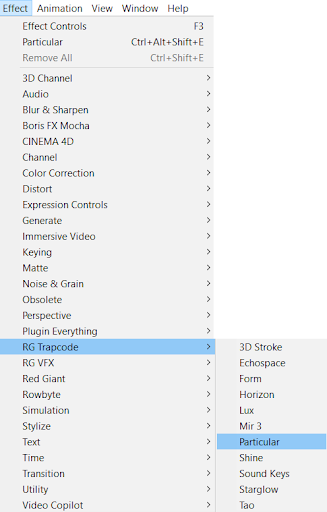 Now you can see an effect named particular in your effects control panel. 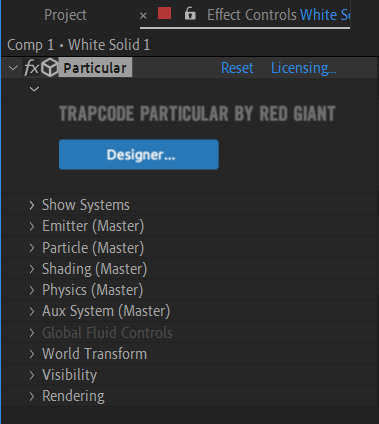 Role of each options

Let's now see what's the use of each option of the particular effects.

You now know how these options can be used to create amazing motion graphics.

You can think of Trapcode Particular as an effect that allows you to apply particle motion to a specific path and create a professional animation for your work. After reading this blog, now you might have got an idea of how you can get started with Trapcode Particular.

The blog was a beginner guide to installing Trapcode Particular and understanding the use of each option in it. I hope this was helpful to you, as you can use this to make character animation, motion graphics, 2D animation, etc.

Are you looking to create videos or need video editing assistance? Get assistance from experts. Contact us to know more.

How to use graph editor in After Effects: A beginner's guide