For all those who have tried their hands in motion graphics, animation, designing, or video editing, After Effects is one of the video editing software they will certainly vouch for. With a myriad of features, effects, plugins, this software has been making our work effortless.

One such amazing feature is Camera Tracking! Used for giving tracking effects to any object amidst the motion of background objects, we can use this amazing feature for any video footage or animated object.

Believe me; camera tracking is fun! With camera tracking, you can easily place any object into your video clip as if it were there actually when the footage was shot. It may seem like an overwhelming subject; however, Camera Tracking in After Effects is nothing less than a walk in the garden!

So, let's quickly understand Camera Tracking and how to make the best of it to handle it for our graphics designing purposes.

What is camera tracking?

Camera Tracking is a method that involves taking a post that has already been filmed with a live camera and tracking its motion so that 3D elements can be added to it. This process is often used in videos, movies, and tv shows to add special effects, feature computer graphics robots, you name it.

In terms of post-production or video editing, camera tracking is the process of recreating the camera path taken by the actual real-life camera.

For instance, you have shot a decent 20-second video of your garden, and now you want to add an object to it. And, of course, you have to make it look real.

Now, importing a 3D model and placing it on top of the footage won't exactly look real or good, for that matter. Why? Well, the ground in your video would be moving, and you will have to animate the 3D model frame by frame to follow (unless, of course, you were holding the camera absolutely still).

However, with the After Effects camera tracking feature, you can achieve all this in a pretty easier and less tiring way! How? Let's find out!

What is camera tracking used for?

Now that you have the basic idea of what camera tracking is, the next question is: What will you use it for? For that, let's first take a quick glance at some excellent ways to utilize camera tracking. For instance, you can:

Well, these are just a couple of things camera tracking can help you with. Besides, camera tracking can prove beneficial in a plethora of cases, whether you need to draft text to an object within your footage, or your client needs you to replace a computer screen with some text information, or perhaps you need to add a 3D animated Logo to a 2D space.

From pretty basic to intricate compositions, camera tracking will come in pretty handy.

Getting started with Camera Tracking

Now, let's move on to the best way to use the 3D Camera Tracker to track footage and then integrate a text layer into that footage. 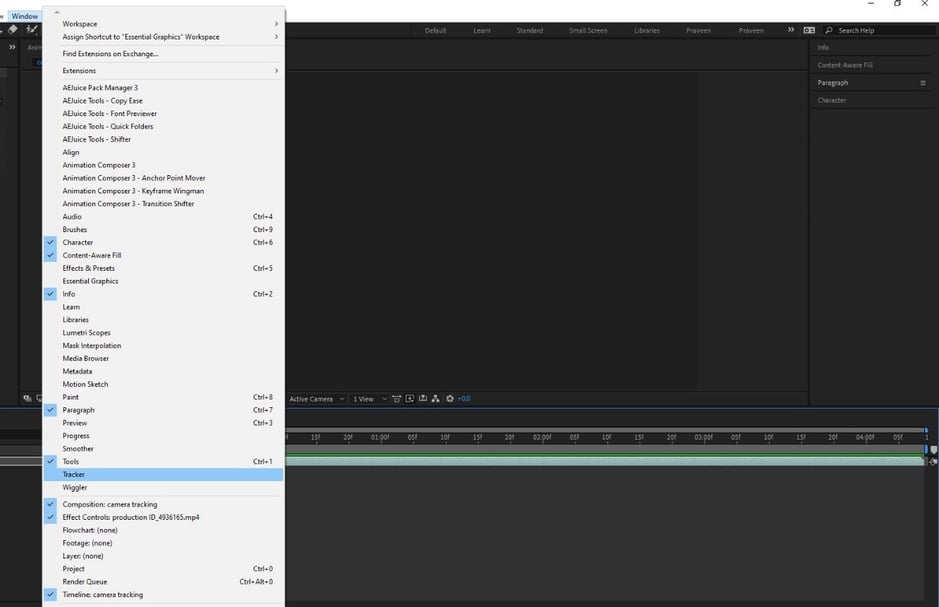 There are primarily four tracking options that you will find in the Tracker option under the After Effects Window menu: 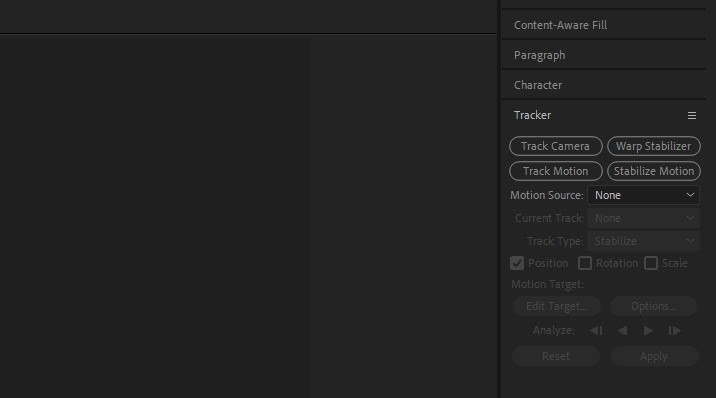 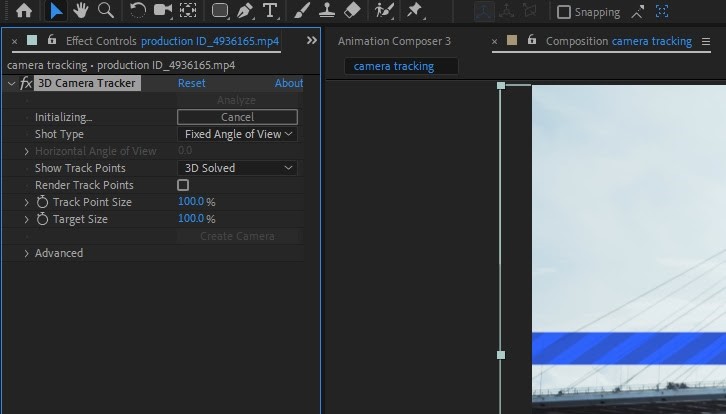 Note that the tiny dots that will appear over your footage are strictly referential and can not be rendered out. 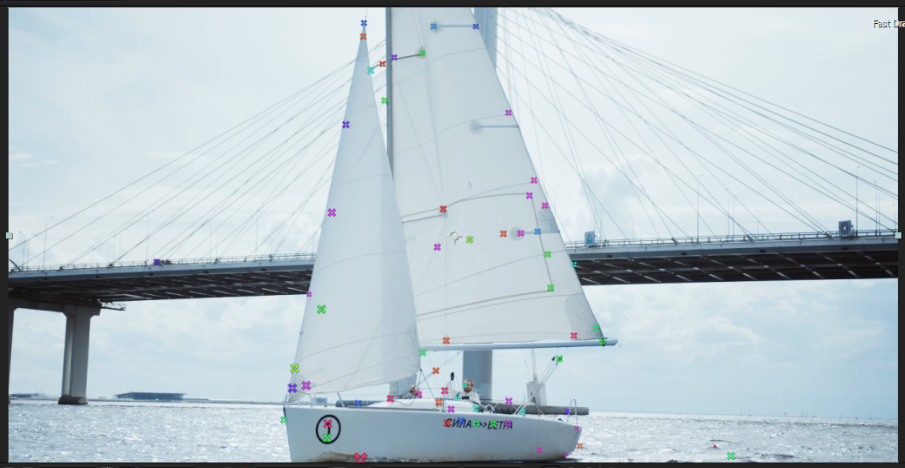 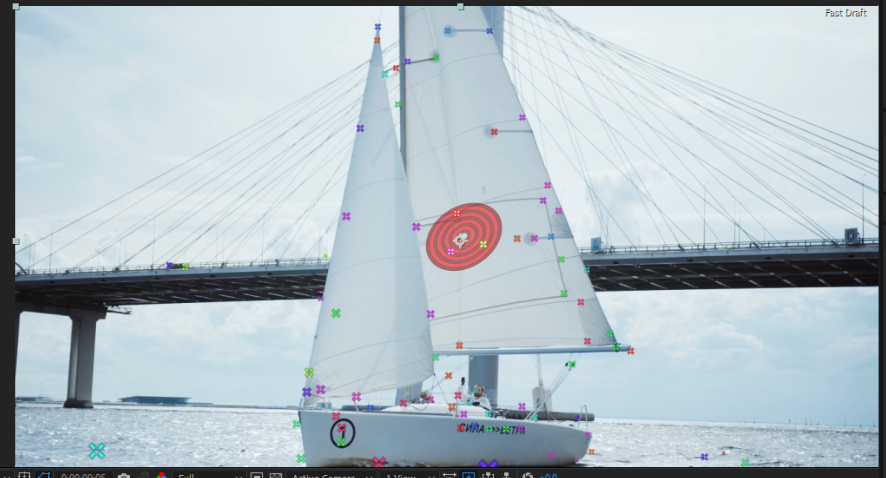 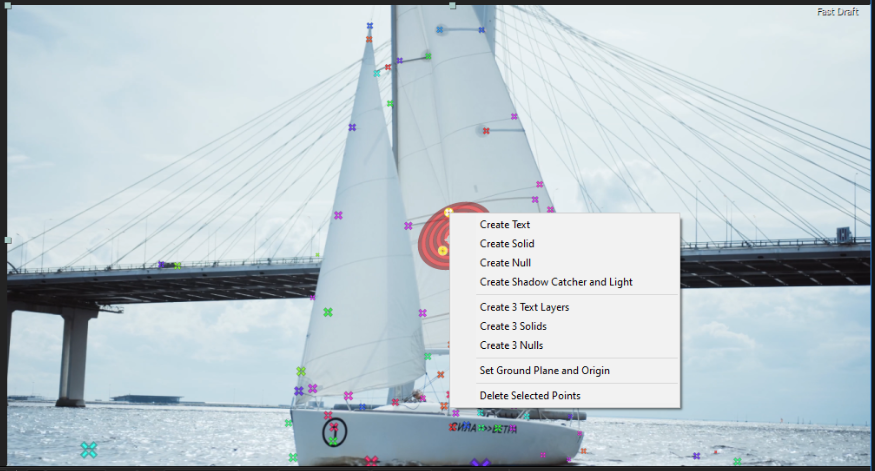 To fast your workflow, select your layer and press:

Watch this video to understand the camera tracking process, better!

There you go, folks! Now, you can use all this newly gained knowledge to begin tracking like a pro! After Effects has all the tracking solutions available for you!

Camera Tracking is a fundamental technique to learn as a motion graphic artist or visual effects artist. And believe me, you'll end up using this excellent approach much more than you can imagine, and for multiple reasons.

So, what are you waiting for? Get out there and conquer tracking!

And for any questions, feel free to reach out to us!

The best 2D animation maker you should know about

7 tips to create 2D animation video like a pro