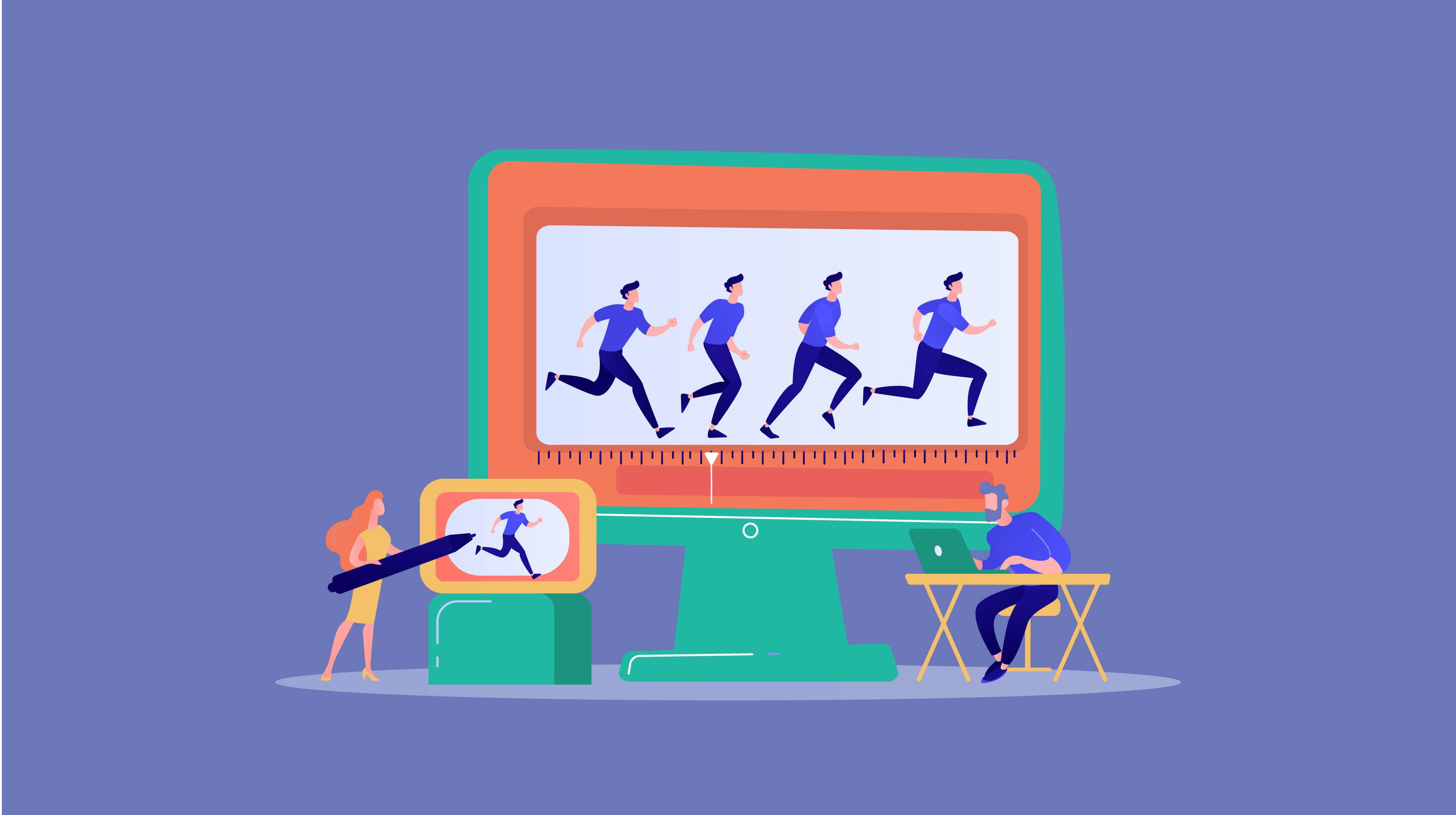 What do you think, is character animation an easy task? Whether becoming a professional 3D animator can be achieved in just a few weeks? Well! The answer to all the questions is YES!

Before we look for the steps that will help you in creating your character life easier, let's first clearly understand the term 3D character animation.

3D character design adds life to the characters; therefore, it is one of the easiest ways to grab the visitor's attention and convert them into the lead. So, what are you waiting for? Create 3D characters.

Follow the below-mentioned steps to ensure that your 3D animation video you create stands out from the rest.

Whenever you get access to your character animation, observing and creating an idea is one of the essential steps in the entire process of creating 3d character animation. If you successfully conceptualize your ideas and have a clear thought of what we want, how to do it, and why it is important, you can easily plan out to add your video characters' nuance.

To make your video 3D character animation convincing, observe what people want, how they talk, how they display their emotions, etc. The more you get deeper into human interactions, the easier it becomes to make the right decision.

After brainstorming the ideas for an animation topic, don't forget to translate your ideas in the form of visuals by creating a perfect storyboard.

A storyboard is basically a sequence of illustrations that helps in showcasing how the entire story will look. The storyboard will help you get a view of the story in two dimensions. This is the step where you can plan out the impact of your character animation on the audience.

Once clients approve your storyboard, it's time to design characters, and the task of creating characters is known as modeling. It is basically the process in which you proceed with shaping the things and are modeled to finally complete 3D mesh. You can take a simple object and redefine it to create a 3D object.

In this step, you can draw or model the assets in different dimensions. By using the right animation software, create models in 3D. All its features allow you to produce characters without any hassle.

Once you successfully model the characters, it's' time to provide clothes to your 3D models. While performing texturing, 2D images will be overlaid with designs, colors, and textures And this overlapping is defined as mapping. To do this, you can use Photoshop, Adobe Mixamo, etc., to make seamless patterns.

The people who perform this step are highly responsible for writing, painting, and shading texture. You can easily design the texture according to the concept of art, which can further be assigned to the model.

Step-4 Process with Rigging and Skinning

Once you add texture to your characters, it's time to acquire a special skeleton. Here all your characters will get the ability to move from animators. A rig is basically defined as a virtual skeleton. This means that all the body parts are integrated as an entire body. While putting the structure in 3D characters, we basically aim to drive the movement of characters to bring reality to it.

After rigging, you have to continue with the skinning task, which is defined as the process in which all the 3D models are combined with a rigged skeleton. The primary reason behind this step is that it controls of the rig can easily change the 3D model.

It is one of the most important and time-consuming tasks that will add life to your 3D characters. In this particular step, the animator will change the objects on a frame by frame basis. It is quite relevant to the old concept where cartoons are drawn with hands.

Besides this, there are various ways by using which you can perform this animation task very easily. Like you can add the objects on splines and do setting to make sure that it follows the path of curves. Moreover, you can also use 3D applications to make sure the objects can be adjusted as per the needs.

Prefer reading-Tricks and tips to use character animation after effects tools.

While creating 3D character animation videos, having good camera angles and techniques besides considering lightning. You can use this amazing tool to shoot a scene that takes the audience to start a new journey. There are various 3d cameras and real-life cameras available in the market that can be used to pick a special view in the video.

Rendering is one of the last steps of the 3d animation pipeline. In this step, all the information is translated into the file so that all the shots can be compiled together into a single frame. On the basis of models, effects, lighting, and materials, it becomes easy to calculate each pixel from every perspective.

Whenever you produce a final render of a scene, it is important to take care of all the aspects, including camera placement. Once the rendering is completed, it's time to do compositing.

This is where all the renders are brought into the compositing and can be edited. You can also consider composting as the creation of computer-generated footage from the live footage.

Once it's all done, you can also add music to your animated video to make it highly productive and exciting.

Once everything is completed, it's time to make the final changes. This step is basically to ensure that everything is created with perfection. This step needs the editor checks. So, before sharing the entire 3D character animation video with your client, make sure everything is looking perfectly fine.

I hope all the included points will help you produce exciting and highly productive character animation videos. There is no doubt that the 3d character animation process needs a lot of effort and hard work. But if you follow the points, then you can achieve the targets easily.

Still, if you find any step confusing, you can always take the help of video production companies. Now that you understand these steps, it's your time to give it a try.

So, pack up your bags and begin your journey in animation.

Chehak Wadhwa is a Creative Head at webdew and has an intensive 10+ Years of Experience in Designing & Animation. She has produced 500+ Videos with her team including some of the well know brands in the market like: UBER, Microsoft, T-Mobile, Calendar etc.