How to add layers in After Effects: A beginner's guide

If you're an experienced editor or motion graphics artist still feeling dicey about jumping into After Effects, perhaps you should finally give it a go. You may feel daunted by the technical aspects; however, After Effects offers several powerful tools that make all your logo animations, graphic design, character animation, tasks much easier.

The layer tab is probably one of the first few After Effects tools you'll end up accessing. The several layer types may feel a little overwhelming at first; however, they're actually quite straightforward than you might assume.

With this brief beginner's guide, you'll soon understand which layers do what!

Getting started with layers in After Effects

New to After Effects? Well, here's an opportunity to dig in a little deeper. So, let's explore one of After Effects' most fundamental and essential elements — Layers.

The Shape Layer is perhaps one of the first layers you'll probably experiment with. You can either draw shapes using the pen tool or using the default shape that After Effects offers, such as an ellipse, rectangle, star, polygon, or oval. Shape Layers in After Effects are often used to generate symmetrical shapes and unique patterns quickly. 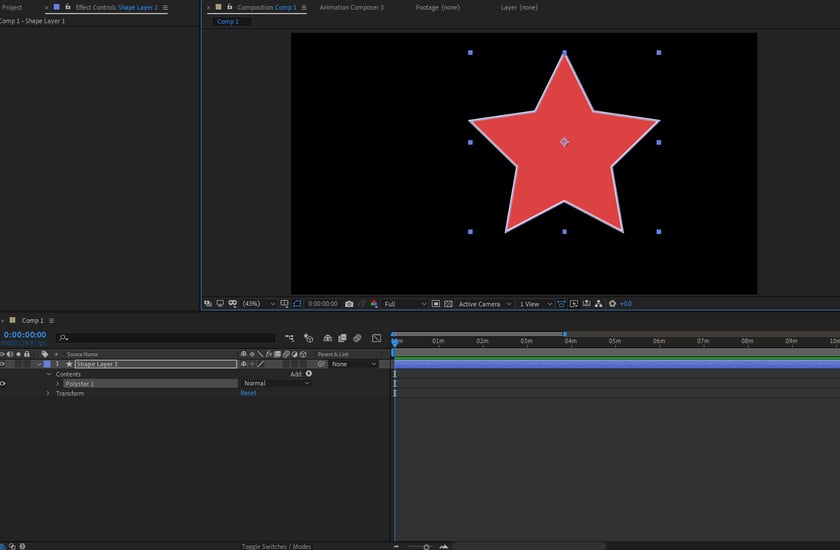 The Solid Layer is a less complicated version of the Shape Layer, i.e., without any customizable attributes. As a result, the Solid Layers are a more practical alternative if you don't need all those extra features. It's a plain single-color layer with particular pixel dimensions. A solid layer is excellent for creating backgrounds. 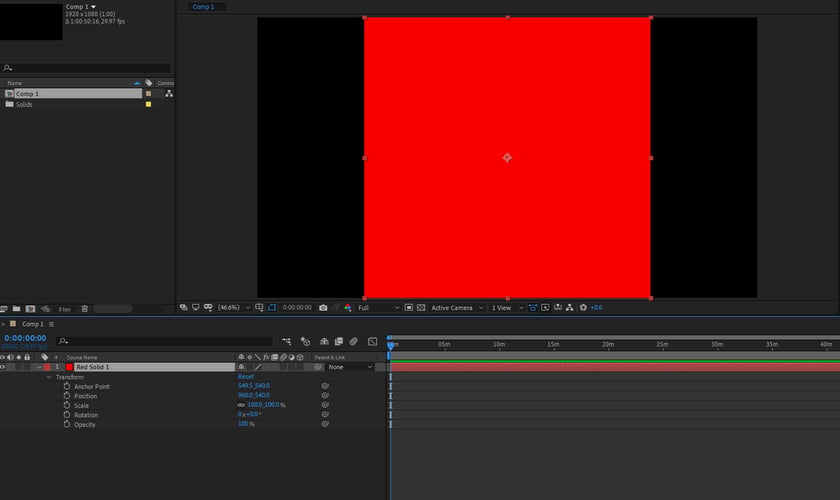 Text Layers are just text with regular customization like paragraph size and alignment, text spacing, color, and, of course, font. After Effects offers a plethora of unique animation options accessible in the Animation Tab of any given Text Layer. 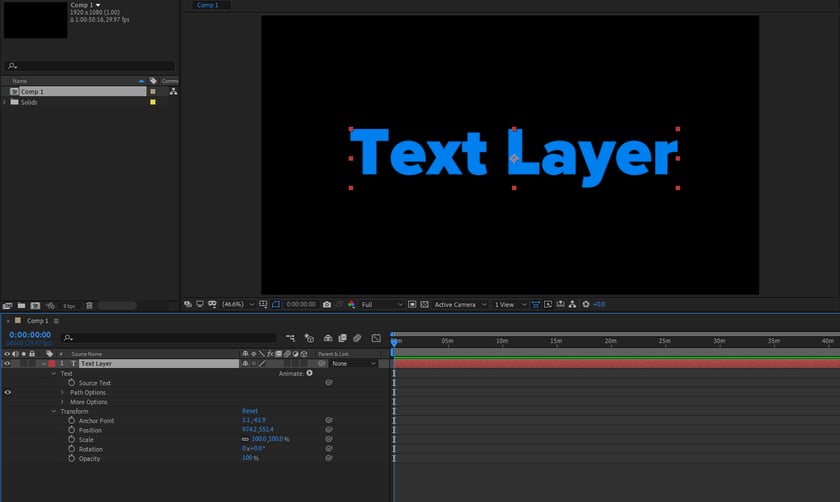 So, if you want to modify several layers at once, using an adjustment layer in Adobe After Effects is pretty useful. 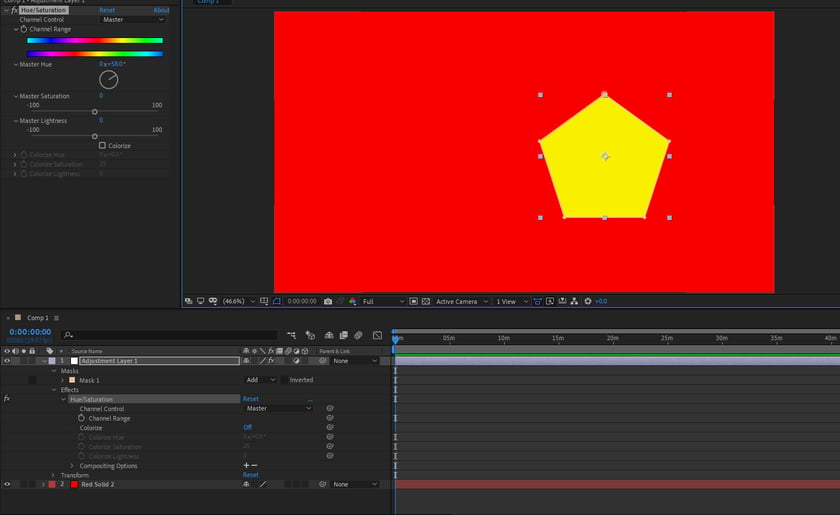 A Null Layer is quite similar to the Adjustment Layer; however, rather than applying its effects to layers under it, it controls the transform properties of other layers when attached to it using the pick whip. Null objects are often used to store position data of motion tracking.

They are represented in After Effects by little red squares with nine handles that you can use to transform them. 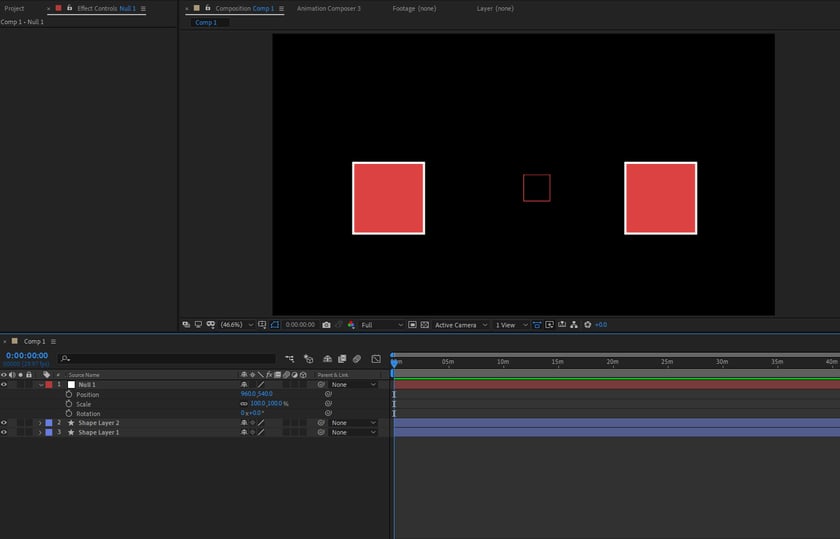 The camera layer acts like a real camera in terms of lens type, film size, depth of field, zoom, etc. A Camera Layer is primarily used in 3D compositions and serves as a virtual camera to replace the composition's default perspective. It highlights an adjustable position and rotation.

Besides, it can also be tweaked according to real camera settings, such as lens type, film size, depth of field, zoom, and anything else you might think of. With Camera Layers, you can pretty much imitate any real-life camera or even experiment beyond the limitations of actual hardware. 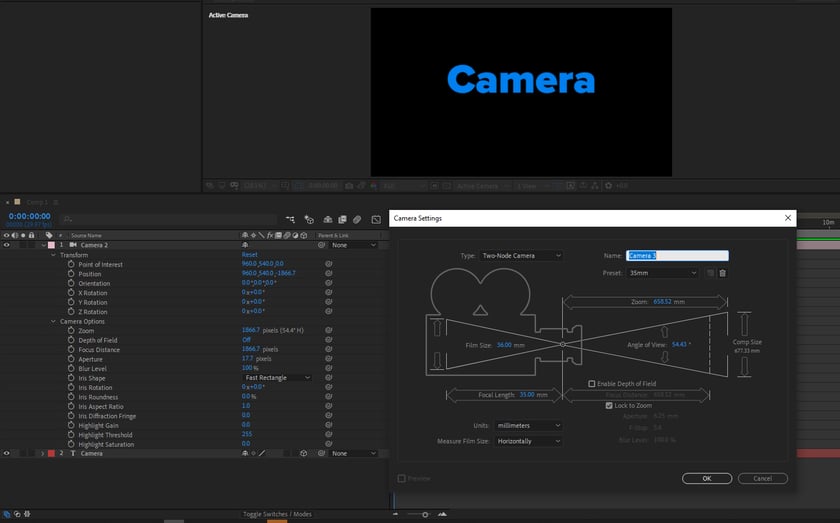 The light layer works similar to the camera layer and only exists in 3D. In fact, it serves as a light source for all 3D layers. 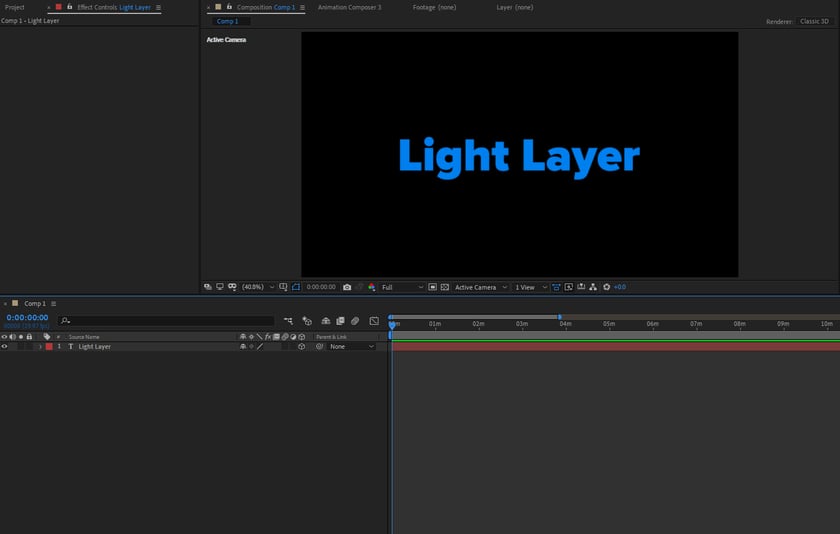 There are four types of Light Layers:

The most basic Light Layers, Point Lights, simply produce light from their position — like a light bulb. It's a point of light that you can move around. To control the point light's area, you can control its brightness. 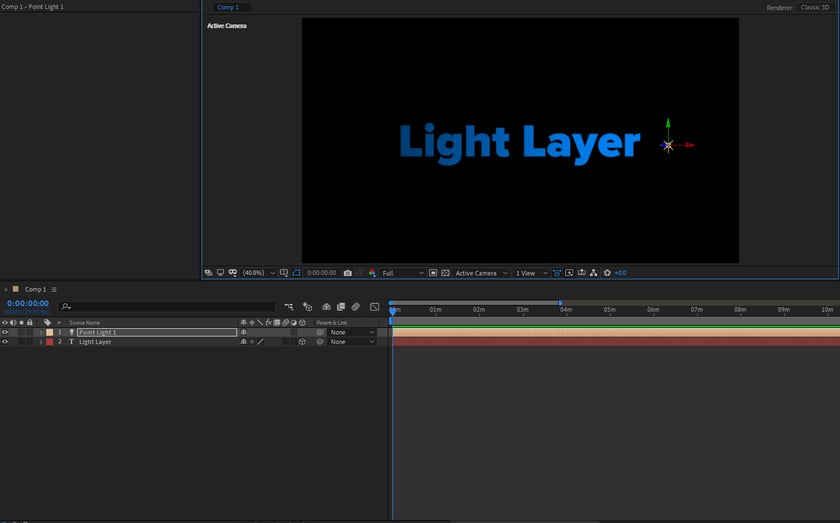 It works just like a spotlight in real life, i.e., it casts light in a single direction, with the specified range, width, spill, and more. Spotlights are often used to highlight a specific part of a frame; the rest is in black shadow. It is usually smaller, more circular-focused lights that you can control.

Ambient Lights generate a common light source across the entire composition, presenting flat illumination irrespective of the layer's position. It can be the natural light from your windows or the light that substitutes for natural light. 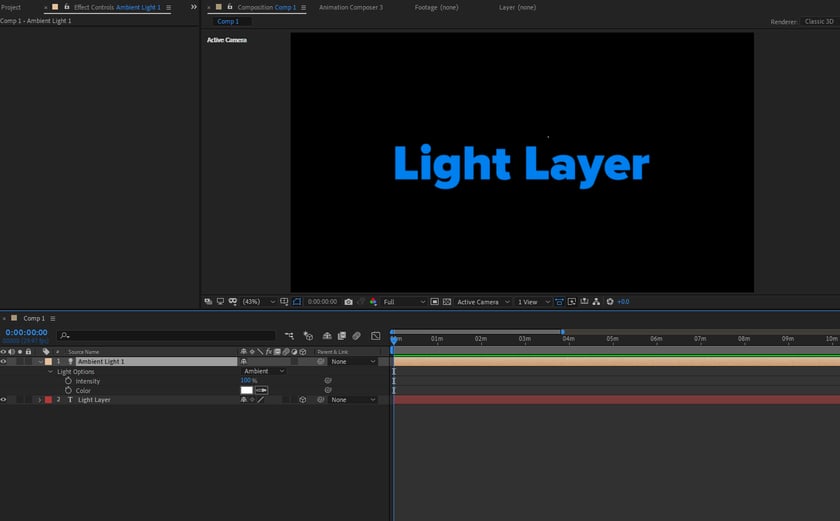 Parallel lights often produce a more evenly distributed amount of light on a broader area with a more gradual fall-off out from the center. 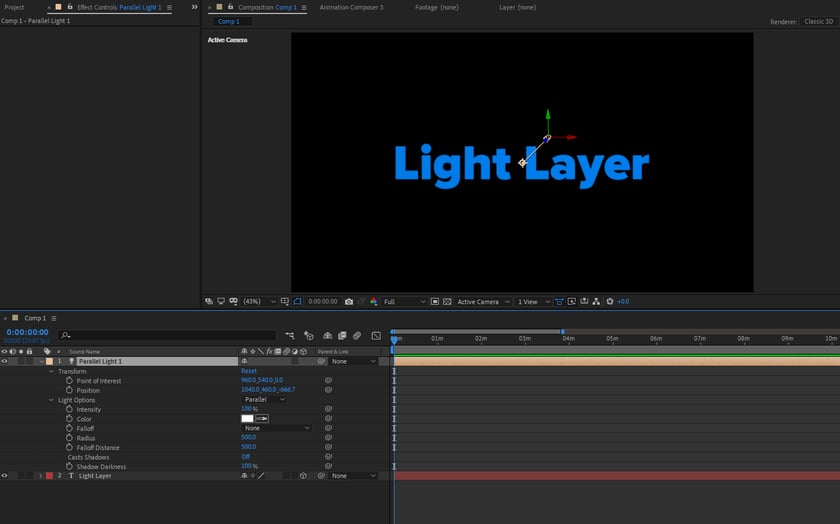 Watch this video to see the layers in action.

There you go, folks! Like we discussed, layers in After Effects are pretty intuitive, notwithstanding their endless features.

You may perhaps never use everything they have to offer, but this guide surely gives you a good head-start to create excellent creations in After Effects!

You can achieve countless graphic effects and animations with layers in After Effects, specifically because of its simplicity. In fact, working in After Effects is an everlasting activity toward visual problem-solving.

Consider it as a creative logic problem rooted in layers and values that are yet waiting to be solved. And, once you've mastered the skills, be ready to step into the world of infinite possibilities.

How to use graph editor in After Effects: A beginner's guide