Do you want to create an impeccable, professional video that blows the mind of your audience? Well, it's easier than you might think.

Whether you intend to become a cinematographer or want to learn the art of shooting professional videos, you need more than just good equipment. Attaining a professional look says more about how you do it rather than your tools.

So you don't really have to spend a fortune on fancy equipment. Because the chances are that you can make incredible videos with whatever you've got at the moment.

How? Simple, all one needs to get that perfect video shoot is to pay special attention to certain key aspects.

Understanding the key points of video shooting will certainly alleviate the frustration many videographers often experience while Video Editing. And before you even realize it, these tips will come to you so naturally that you'll be able to focus more on creativity and not just the basics.

Excited to learn how you can shoot top-notch videos? Well, keep reading to find out how to shoot videos and improve your video quality.

10 Things to consider while shooting Videos

You might have noticed so many videos getting viral instantly. Ever wondered what sets them apart from the ones that just couldn't create that magic? Let’s see!

Well, shooting the perfect video is an art,  and it does not just happen overnight. What you see on your screens is the result of a lot of planning and preparation.

It doesn't start with what angle you shoot from or what lens you use. Rather, this entire process begins before you even think about getting your equipment ready.

Consider creating and putting up a storyboard and shooting script together. Storyboarding will help you understand what shots you need before you begin filming, and a script is like a screenplay for your video.

Of course, you don't need to draw a striking masterpiece for your storyboard. In fact, you can choose not to draw it at all. You can put up a series of photographs as a storyboard or perhaps rough sketches or even stick figures – whatever you find the most convenient. Just keep in mind what shots you need before you start shooting.

The more time you consume planning your videos, working on the script and the storyboard, the less likely you will end up missing a shot later on. 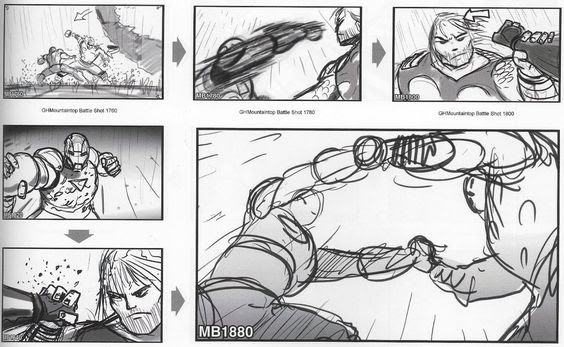 It's no secret that lighting is integral to a video shoot or even photography, for that matter. Because lighting creates a visual mood, the right ambiance, and a sense of meaning for the audience.

Whether it's installing a set for shooting or blocking actors, each step of the shooting affects the lighting setup and the other way around.

The most common lighting setup is a three-point lighting setup, which puts the main actor or subject of a scene in the highlight and makes them stand out from their background. 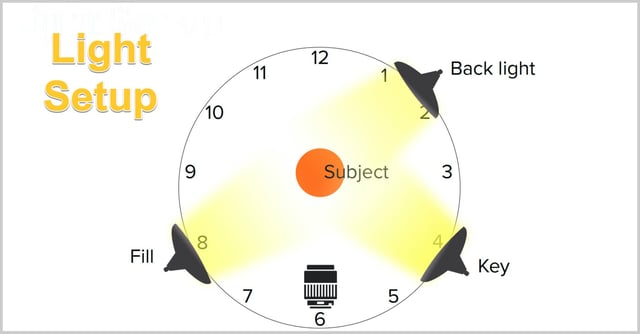 Rule of thirds is the concept in video and film production where a frame is divided into nine imaginary sections. This generates reference points that act as guides for framing the image.

Points of interest should occur at 1/3 or 2/3 of the way up the frame rather than in the center. Like many framing rules, this is not always required; however, it is one of those rules you should understand well before breaking it. 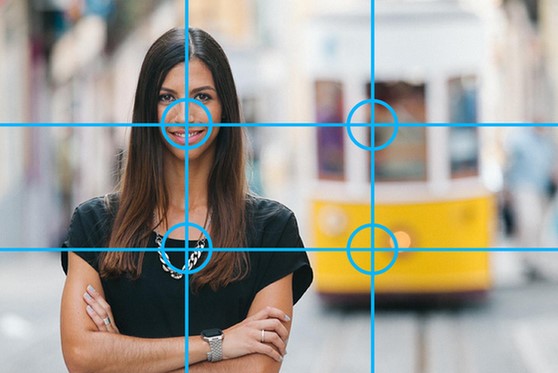 ISO is basically a camera setting that can brighten up or darken a photograph. As you increment your ISO number, your photographs will get brighter. Consequently, ISO can help you take pictures in darker conditions or be more adaptable about your aperture and shutter speed settings.

Nonetheless, increasing your ISO has certain consequences. A shot taken at an excessively high ISO will display a lot of noise and perhaps might not be of any use. So, lightening a photo via ISO is often a trade-off.

Therefore, increase your ISO only when you are unable to lighten the photo via shutter speed or aperture instead. 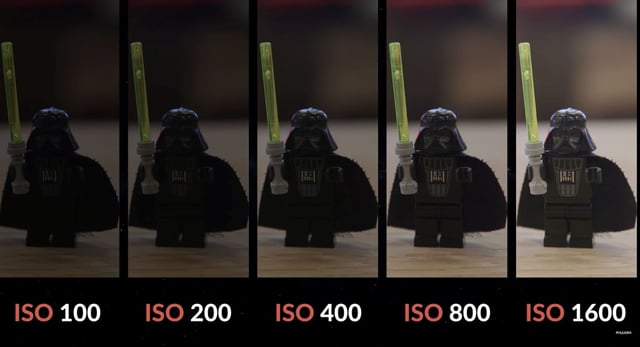 Shutter speed is responsible for two things: adjusting the brightness of your photo and creating breathtaking effects by either freezing action or blurring the motion. The camera shutter is a curtain in front of the camera sensor that remains closed until the camera shots. 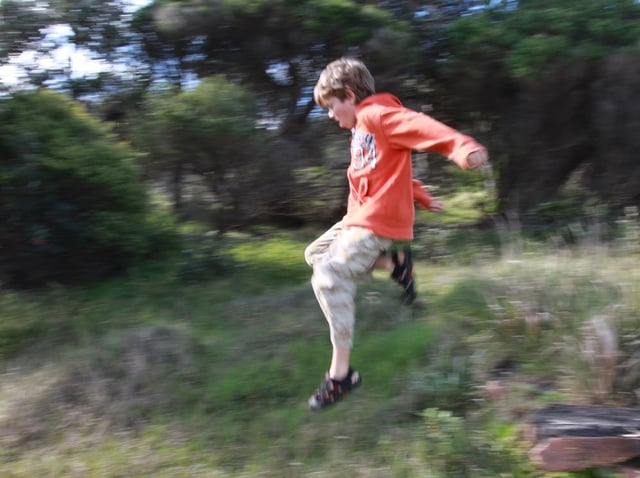 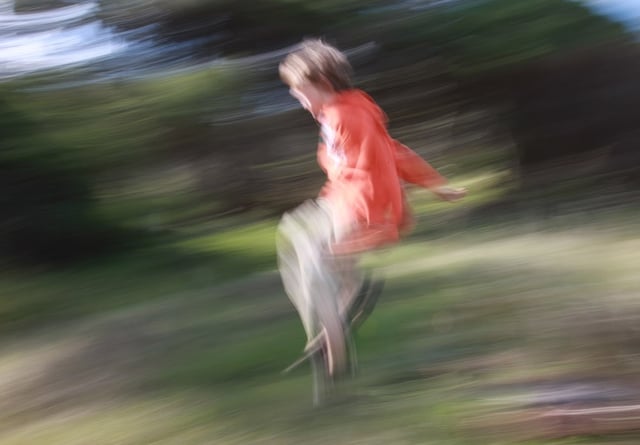 Aperture is the opening in the camera lens through which light passes to enter the camera. It is a pretty straightforward concept to understand if you consider how your eyes work. The pupil in your eyes expands or shrinks depending on the intensity of light. The aperture in a camera lens also behaves the same way.

You can adjust the size of the aperture to let more or less light reach the camera sensor. Aperture adds a dimension to your photos by controlling the depth of the field.

Aperture can give you a blurred background with a beautiful shallow focus effect or sharp pictures from the nearby front to the far-off horizon. Besides, it also adjusts the exposure of the images by making them brighter or darker. 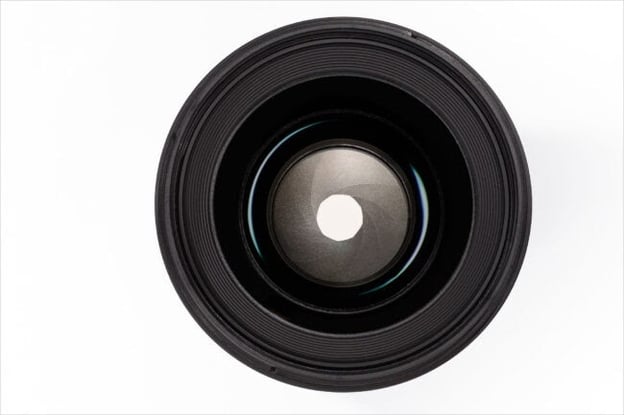 White balance (WB) is the process of eliminating unrealistic color casts so that objects that appear white in person are presented white in the images as well.

While shooting, one has to take proper camera white balance of the light source into account, i.e., the relative warmth or coolness of white light. Understanding digital white balance can help you avoid unnatural-looking color casts, thereby enhancing your shot under a broader range of lighting conditions. 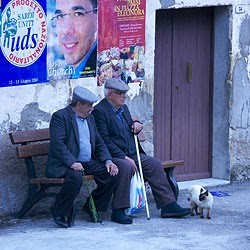 B-roll is any footage that isn’t of your main subject. Suppose you’re filming an explainer video featuring your software product. In that case, B-roll footage may include shots of satisfied consumers using your product, or perhaps, an external shot of your workplace.

Whatever footage you require, figure it out in the pre-production phase itself to avoid situations where you need footage you don’t have.

In case you need a shot that would be hard or perhaps difficult to film on your own, such as aerial shots or shots from exotic regions, you can always utilize stock B-roll footage.  Having used B-roll myself, I can surely vouch for the quality and diversity they offer.

Even experienced videographers can make mistakes, and the last thing you need is a situation where you have only a single take of a crucial element of your video.

Therefore, on the day of the shoot, it's always wise to take multiple takes. This way, you'll have a backup in case you find something awry with one of the takes, and you'll always have more than one option to choose from to use in your final clip.

Remember, even if the first shot goes right, take another one. Because what might feel right at the moment may not really work for you while editing.

Creating a professional-looking video doesn't always mean spending on high-end videography equipment and attending filmmaking workshops. One can turn into a skilled videographer just by paying close attention to certain key details and practicing their skills.

Follow these video shooting tips, whether you're shooting for a high-end production or simply creating a vlog for your social media account.

Looking for a video production company or video editing company? Well, do get in touch with us now!

Marketing videos - How to effectively create one?

All important expression controllers in After Effects you must know