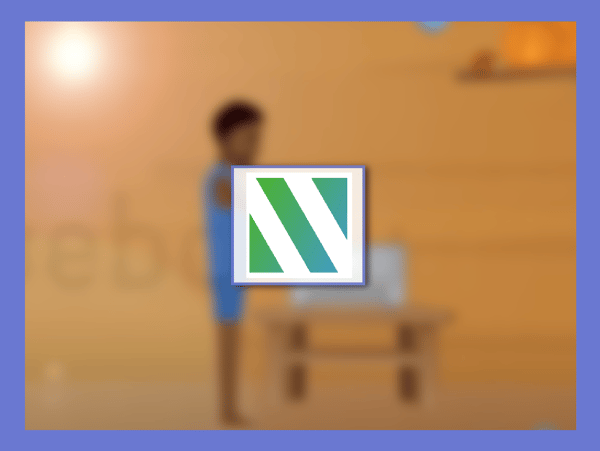 Quality is what you will swear by  webdew as they commit you to give the best of the industry. webdew has built trust among its customers through its best works. We offer excellent video services to our clients. One successful project was completed for our client, Namacoin.

Namacoin is a crypto enthusiast and conservationist agency that wants to build their online presence by sharing appealing graphics. And thankfully webdew made it possible for Namacoin to achieve their goals through videos.

Want to know how?

Read this case study to know the entire process how webdew achieved the goals by overcoming all the challenges.

Salvatore Tegas, CEO of Namastree, is a crypto enthusiast and conservationist. Namastree was intended to give third-world countries a better world with an IOT device that transforms solar energy into essential services while storing usage data in a private data room.

Namacoins seeks to help data scientists promote the development of third-world countries in a fast, secure way. Namaplatform is an Ethereum-based data-distribution platform. Namacoins will let users access Namastrees data. Each Namacoin transaction activates a contribution smart contract that sends a percentage of the fees to Namastree causes in need.

webdew is a place to get your vision live. No burden of asking for follow-ups as they are highly transparent, no need to book an appointment for calls as they have project managers to solve your queries 24/7, and no need to worry about quality as experts are highly skilled at fulfilling their job responsibilities.

As webdew is keen on helping clients in achieving their goals by offering the best service, the same way clients like Namacoin are pleased to work with webdew and use the final product.

Namacoin got in touch with webdew team and explained in-depth about the purpose and basic requirements that need to be considered while creating the video. Those are:

All the points were clearly described by the client which helped webdew to deliver the final product as per the client's expectation. There are a few challenges that webdew had to go through but in the end, everything went well and webdew team was successful in creating the script, storyboard and animation. After the project delivery, the client was happy with the services and shared a positive feedback with 5 star rating.

"They are quite flexible to their approach. webdew’s project manager sent me email updates every day so that I know how the project is running. They are always available on skype and ready to listen to us no matter how many times we call them in a day."

Prior to starting the video, video artists took time to understand the business, product, or idea in a bid to cover the target market, traveler’s pain points, and offers.

For Namastree, webdew's goal was to write a highly engaging script. webdew team have subject matter experts to convert a client's brand story into a script that will communicate the message in the best way. After writing the script, webdew forwarded it to the client to get their approval.

After the approval of the script, webdew moved on to the storyboard. The storyboard acts as a visual roadmap for the explainer video. The images include quick sketches or mockups to convey an overall idea. Fortunately, the client was impressed with the sketches in our first attempt and gave us the green signal, to start the process of the video. We offer professional voice-overs for videos. But the client wanted to keep the video voice-over free while delivering the message through graphics. It was not a challenge for webdew as they had already worked on this type of videos.

webdew always provide custom fit explainer videos for brands. they don’t compromise with philosophy and identity and keep sync amongst characters, color, fonts, graphics, and illustrations. For example, Uber preferred the color blue for the video, and finally, the team did the same.

In the end, webdew preplanned the animation to meet the expectations of the client.

The results were quite amazing as the client was able to fulfill what they actually aims for. By sharing the animated video with their audience, they found a good number of improvements and successfully gained conversions.

The client was very happy with the services offered by the webdew team. He gave 5 start ratings and was also excited to work in the future.

Are you curious after seeing our work?

Explore what webdew can do for you!