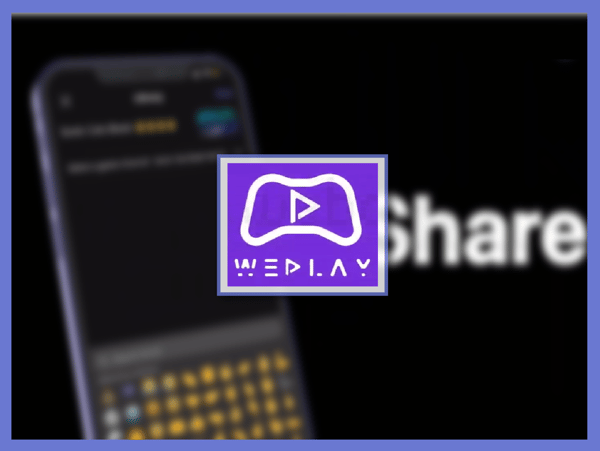 Learning and experimenting with new things to deliver high-quality services to customers is what webdew aims for. webdew is one of the top-rated and best video production companies that are well known for offering excellent services to their clients. Just like other clients, webdew helped Weplay to express their ideas in life. Want to know how? Read this case study.

We have produced videos for clients ranging from startups to Fortune 500 Companies. Not only Weplay, webdew always satisfies their customers to the best.

The client availed video production services from us, but yes, they helped finalize the storyboard for the video by sharing their valuable feedback. The primary objective of the client was to promote their services, which was finally achieved with the explainer video created by webdew.

In the end, the client was happy with the outcome of the promotional video, describing it as awesome. webdew worked in a collaborative and communicative manner, holding regular meetings via Google Meet to provide status updates and feedback. Their video production skills really impressed the client, which led to positive feedback.

Weplay is a social, mobile cloud gaming platform where people can enjoy playing with their friends without facing any hassle. Say if you are solo and don't have any friends, then the Weplay platform will surely not make you feel alone. Here, you can watch, share, and play the games instantly. Also, you can chat, get notified, and enjoy a seamless experience in one single place.

Actually, there was no major challenge that we faced while completing this project. But yes, to complete this project successfully and as per the client's requirements, we need their help in the form of feedback. Each feedback was clearly evaluated and updated to make sure the client liked the video.

"They really did a great job on making our video to achieve the best result."

They really did a great job on making our video to achieve the best result.

webdew is a video production company that is well known for its high-class services. To help the Weplay team, webdew put in a lot of effort. Starting from designing to animation and screencast, webdew team was highly focused on completing each step with accuracy and within the time frame.

Now, let's discuss each step in detail to have a better understanding. Firstly, it's script writing. webdew team didn't work on the script as the script was provided by the client itself. To get this done, the client provided us with the screen recordings that were considered by us to create an appealing explainer video.

Now, let's move further to storyboarding and animation. Both were done by us by looking at which client was highly enticed. Here, we would like to add one point: the music was updated twice to give an excellent look at the video.

In the first attempt, the music was completely different, but in the second round, the client provided the orchestrated music, which was added to the final video. To get this all done, we took three rounds, and finally, the video that came out was highly professional and as per the client's requirements.

It is being said by our client that we really did a great job on making their video to achieve the best result. As the main focus of the was to promote the services, and yes, with the webdew's explainer video created, the client was able to achieve what they aim for. 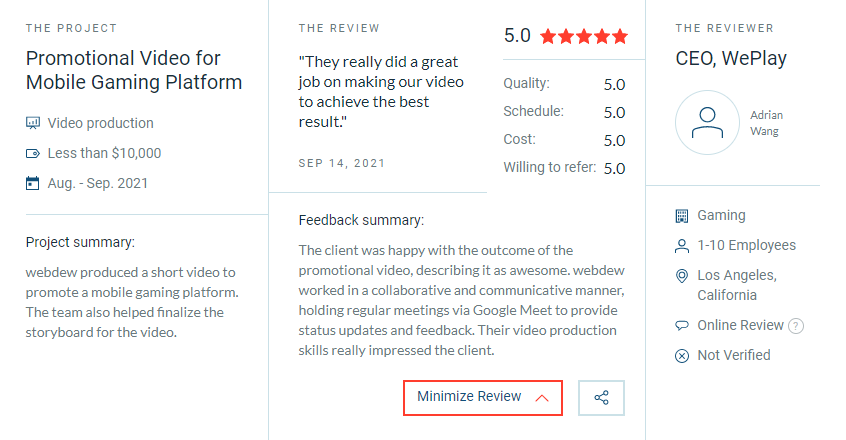 The client was happy with the way we proceeded to get the video finally done. You can have a look at the above screenshot to know how satisfied the client is by availing the services offered by webdew.

Are you curious after seeing our work?

Explore what webdew can do for you!