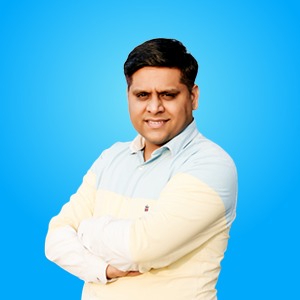 Are you aware of the potential that landing pages carry? No, let me tell you. A high-conversion landing makes a difference between your business running and, well, going out. That said, the existing 140-character, six-second video culture make it tougher. The average attention span online was 8 seconds in 2012, said by Unbounce. This is a red signal to those who have remained incompetent in grabbing attention quickly. Thanks to the right tools and perfect execution that can convert even those with the shortest attention spans on your landing page.

What’s an idea? Follow the ideas mentioned in concerned with landing page conversions with an explainer video.

1) Keep it simple: Target your audience and offer value

A successful landing page has two goals, though people focus on one. In addition to targeting your desired customer, a land page should focus on a specific action your prospects should perform to get them into campaign or sales funnel.

A call to action is about providing an email address or making a purchase request, so your entire landing page should be focused on setting your audience into action. Any other approach would make your CTA superfluous and distract your customer.

To convert your target audience to follow through with your CTA you have to provide them with something of value to justify what you are asking of them. An explainer video describes overall objectives of your campaign and landing page thus driving sales. Your video would be an answer to all your prospects queries regarding demographics, cost, or connects with your brand.

The needs of your campaign dictate the content of a video, but it should also explain what you offer and what you want them to do. Keep your approach straightforward and align the video with your call to action which is the sole aim behind the construction of the landing page. Let your audience feel they are getting something of value, and that’s why you are targeting them.

2) Your call to action should be obvious, referenced, and highly visible on the landing page

Don’t forget your target audience is likely to spend about 8 seconds on your landing page; therefore, the implementation of your video and call to action are vital. Remember to place video and CTA above the fold and ensure the visibility of the call to action while watching the video.

Check out this example! The video is featured particularly on a landing page with the visible CTA existing outside of the video. A viewer knows what this video wants him/her to do. Right?

Every explainer video should clearly represent the call to action and don’t forget to use the area around your video. Fill up space around your video with a clear, compelling, and actionable copy to uplift your conversion goal – don’t leave your video alone. You can find some great examples of properly integrated explainer videos that don’t portray like they were designed separately for the landing page. You can even use a tool like Optimizely for A/B test in case you are not getting the desired conversion rate.

Sometimes, we don't bother about the little things that matter to your conversion rate, for example, your video’s thumbnail image. Keep the resolution of your thumbnail image (640×360 at a minimum) high which should appeal to viewers in any size. Try to close-up thumbnails of faces, but if it is not possible, use other methods that persuade viewers to watch. Your thumbnail should represent your content, but tricking your audience might sound pushy and leads to poor results.

3) Promote and actively navigate people to your landing page

Having the best landing page in the world is not enough if no one crawls on it. A video on your landing page makes it 53% more likely to get it to the first page of Google.

These are both passive optimizations, however. For your landing page to convert at the rate you want, you will have to be proactive about it. This means making your explainer video part of your regular social media content schedule to attract your existing audience (and hopefully their followers), and don’t neglect the value of an email campaign. Recent research by The Relevancy Group states that 54% of email campaigns with video content reported higher click-through rates, while 41% saw an increase in email sharing.

In both cases, don’t integrate your explainer video with social posts or the emails, but make sure visitors view it on your landing page. Ultimately, you don’t want to undermine all the hard work you put in to craft a high-conversion landing page so make sure you direct viewers to it.

At "Mobile App", we believe in empowering people to innovate with our technology. This is why we take the word configurability so seriously.